The interesting thing that I've found is that people who often give relationship advice aren't actually in a relationship. So when they offer their opinion on yours, they're not even comparing it to something they have. Friends, family, and so-called experts offer up their advice based on what they've seen, experienced, or made up in their heads. They compare your relationship to an imaginary version of a perfect relationship. It sounds incredibly stupid and dangerous, but many smart, otherwise practical individuals follow through with that kind of advice all the time, sometimes to their detriment. 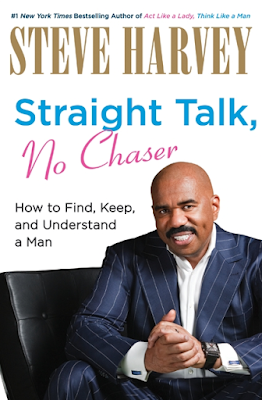 Taking advantage of humanity's insatiable desire to figure out the male/female relationship complex is one of the oldest methods of making a living. It's how Steve Harvey transformed his brand from comedian to relationship expert, which is still hard for me to believe on some level. But he's not the only one.  Browse any bookstore, digital or traditional, and you'll always be able to find several books on dating, sex, marriage, courtship, etc. A lot of them are drenched with sweeping generalizations and oversimplifications, particularly about how the mind of the opposite sex works.

As a writer, I find that the vast majority of writing guides often do the same thing. Both types of guides often dole out hard and fast rules on topics that are very subjective. Like relationship guides, writing guides are designed to capitalize on the aspiring writer's desperation for success. They hit you titles like "How To Write A Novel In 60 Days" or "Writing The Perfect Query Letter" and "The Ultimate Guide To Writing Great Characters" and "25 Steps To Becoming A Best-Seller."

The reason why titles are crafted this way is because these "experts" want to present their guide as a simple formula that solves a complex problem, as if buying a book for $20.00 at your local bookstore is the only thing you need to do in order to find a publisher, become a bestseller, win a bunch of awards, get a movie adaptation, and make lots of cash. 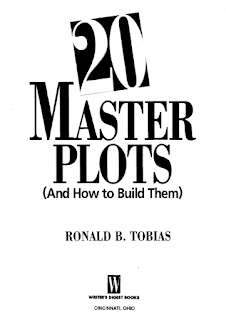 Now this isn't to say that all writing guides are bad. That's not what I'm saying at all. I own a couple of writing guides. One of my favorites is 20 Master Plots by Ronald Tobias. I've been reading it since the start of my writing career. I find a lot of what's in the book applicable not only to fiction, but to film, television, and even non-fiction.

Conversely, I recently purchased Writing Monsters by Philip Athans and I was incredibly disappointed because, for whatever reason, I couldn't connect with advice or find any application to what I write. This isn't a referendum on Athans. I'm sure his a fine writer. The book just didn't work for me.

And that's my point.

Just because someone has what you want -- or is doing something that you want to do -- doesn't mean that they're the right person to instruct you on how to do it.

What funny about both writing careers and relationships is that I rarely see advice from people who do them successfully. Obviously, you have exceptions like Stephen King's On Writing guide. However, most of the writing guides populating Amazon and Barnes & Noble are written by authors I've never heard of. I'm not saying that those authors aren't successful in their own right. What I am saying is that a lot of the really great writers you admire don't typically produce writing guides, in part, because their too busy managing their own careers. They're too busy doing what works for them. Even when asked how to become a great writer, they'll tell you what works for them, while stressing that there are multiple ways to become a successful writer.

In my experience, relationship advice comes from single people, people who have been divorced, or people whose relationship statuses are in a constant state of instability. A lot what they offer are based on ideas they have or things they would have done differently in their previous relationships. This isn't to say that what they have to offer is invalid. All I'm saying is, like writing guides, you have to consider the source and never take what anyone says as an absolute.

Most of my married friends aren't the ones offering advice about relationships because they're too busy focusing on each other to offer advice to others. Marriage is a blessing. But it's not always easy. I don't want to master relationships. I don't want to "master" women. I want to be successful with one woman. I want to master the one relationship that I'm in, something that I anticipate I'll spend the rest of my life proudly attempting to do.