Here's a list of five pro wrestling-based video game characters. I chose each character based on three factors: move lists, legacy, and uniqueness. Each character must possess either a deep wrestling move list or a move list that reflects the proclivities of a pro wrestling character. Legacy implies the impact the character had on the creation of other pro-wrestling based character types. Uniqueness simply revolves around how well a character stands out. 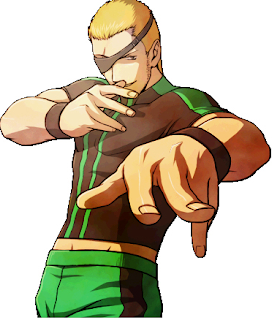 5. Ramon (From “The King of Fighters” series) – I was first introduced to Ramon in 2008 when I played “King of Fighters XI.” Ramon struck me as a very unique character in the pantheon of 2-D fighting games because it’s not every day that you see a small, fast-paced, lucha libre-style wrestler in a fighting game. From what I can tell, his character is based off of “Tiger Mask,” the legendary manga that spawn a legion of real-life wrestlers who used the Tiger Mask story as a character gimmick. In addition to his flamboyant fighting style, Ramon uses several of Tiger Mask’s signature moves including the Moonsault, Tiger Suplex, and Snap DDT. You'll see better, more popular characters. Very few of them, however, move just as fast as the true lucha libre performers. 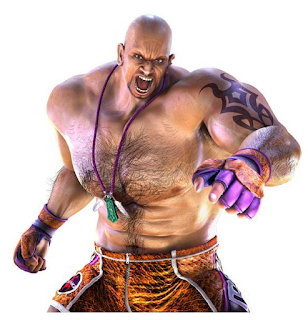 4. Craig Marduk (From the “Tekken” series) – If you’ve played any “Tekken” game featuring Marduk, you’ll notice that he’s basically an amalgam of a heavyweight mixed martial artist and Bill Goldberg, a distinction that’s pretty hard to differentiate, in my opinion, given Goldberg’s wrestling style. So I guess that means he’s a mix between Goldberg and Tazz. In Marduk’s move list is a kneebar submission, a side kick, the Spear, and the Jackhammer, all moves that Goldberg used during his tenures in the WWE and WCW. Marduk also shares Goldberg’s impressive physique. 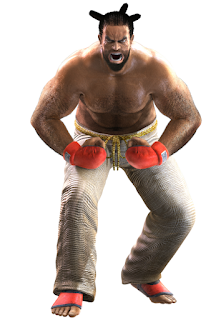 3. Jeffry McWild (From the “Virtua Fighter” series) – Of the fighting games that I’ve played (the vast majority of them), I will freely admit that I have the least amount of experience with Virtua Fighter. But since its debut in 1993, Jeffry has been a stable character of the game. His bio sheet says that he is a Pankration practitioner, which is another way of saying that he practices MMA. When you look at his move list, however, he’s a wrestler - a very good wrestler. Backbreakers, Power Bombs, and Choke Slams are just a few moves that Jeffry employs. I do realized that Wolf Hawkfield would be the better choice from the perspective of pure wrestling moves, but he's not a trendsetter. He's a wrestling character with a strong move list, but there are several other characters that can do what he does better or faster. Jeffry, however, is the first MMA practitioner-based wrestler in fighting games. His character opened the door for Street Fighter's Adam and Alex;  Dead or Alive's Bayman, Leon, and Mila; King of Fighters' Ralf and Clark (to a smaller extent); and even Marduk. 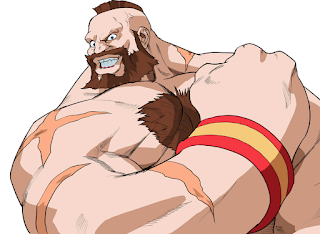 2. Zangief (From the “Street Fighter” series) – This entry should speak for itself. There isn’t a more iconic video game character that is based off of professional wrestling than Zangief. One could argue that’s only because his is a featured character on a popular fighting game series that has absolutely nothing to do with him. Regardless, there is no doubt about the legacy of “the Red Cyclone.” His fighting style set the standard for grapplers in tournament-style fighting games. Every fighting game that followed Street Fighter has feature a big, slow, durable grappler capable of dealing out massive damage in a single move because of the creation of Zangief. Ironically enough, his signature move is the Spinning Piledriver, completely unrealistic and impossible to replicate with causing serious injury to someone in real life. 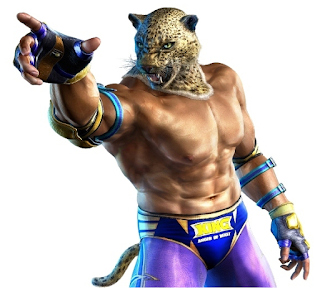 1. King (From the “Tekken” series) – I think King is the single most complete wrestling character created for any fighting game. By far, he has the deepest move set of any character in every incarnation. His character origin also has roots in the Tiger Mask story. Unlike Ramon, however, King’s move list is infinitely more versatile. Since the debut of Tekken 1 back in 1994, King has used just about every professional wrestling move you can think of: submissions like the Figure 4, Boston Crab, Cobra Clutch, and Indian Death Lock; and several variations of Power Bombs, Backbreakers, Piledrivers, and DDTs. He’s like a walking Fire Pro Wrestling creation. He has signature moves from popular wrestlers like The Rock Bottom, The Stone Cold Stunner, The Sharpshooter, and The Frankensteiner. He's sort of like the Bret Hart/Shawn Michaels of wrestling game fighting characters. Before those two, most of the main event wrestlers in the WWF were bigger, taller guys. King was one of the first to break the trend of the wrestler being the biggest, slowest character on the roster.