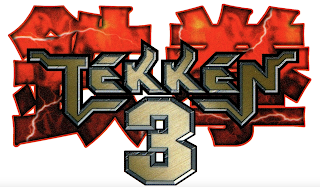 I believe there are seminal moments in our lives that signify when something becomes our favorite – whether it's our favorite food, favorite color, or favorite entertainment genre.

One of the reasons why I love the X-Men so much isn't just because it's a great franchise with great stories. I favor the X-Men over most comic book superheroes because I was introduced to the 1990's animated series as a kid. My family and I watched that show every Saturday morning. It was part of our weekend routine. It's the show that taught me about superheroes and introduced me to nerd culture. So it holds a very special place in my heart.

In terms of video games, Tekken 3 had the same effect on me. Before Tekken 3, I dabbled in a lot of game genres: first-person shooters, RPGs, side-scrollers, racing games, etc. I wasn't very good at fighting games. My cousins and friends from school all whooped me pretty bad in Street Fighter Alpha and Tekken 2.

When Tekken 3 dropped, though, it was the first time I committed to getting good at a game. Suddenly, my cousins were "too busy" to play against me after a few weeks of practice. Tekken 3 was the first game that gave me confidence. You might whoop me in Mortal Kombat. You might beat me in Madden or Mario Kart. But most people knew not to mess with me in Tekken 3. Ultimately, it was this game that helped me discover my passion for fighting games.

Tekken 3 had several game modes that are standard in today's fighting franchises. One of the more unique features in the game, however, was Tekken Force Mode, a mode inspired by the great beat 'em up games of the late 80's and early 90's.

For those who don't know, the terms "beat 'em up" and "brawler" are typically used when describing games that allow you to take a chosen character through several simply-designed adventures, defeating dozens of enemies at a time with a small collection of moves, special abilities, and weapons. Most beat 'em ups are heavily influenced by martial arts, combat in urban areas, or historical fantasy. I'm a 90's kid, so most of my beat 'em ups were gritty, 2D, side-scrolling cartridge games.

In Tekken 3, Force Mode allowed you to chose any character on the roster and take them through a series of side-scrolling levels, defeating multiple enemies in stages, with each stage culminating in a boss battle, typically with another character from the main roster. It brought in almost all of the typical tropes of a great beat 'em up game, right down to the random food items lying on the ground to help replenish your life bar.

While I doubt Force Mode had anything to do with Tekken 3's overall story line, the feature was a cool throwback to a genre of games that are rarely seen anymore. The feature also reminded me of one particular beat 'em up game that holds a lot of sentimental value for me.

My favorite beat 'em up series was Sega's Streets of Rage. The first game in the series was my first video game. My sister and I logged in so many hours trying to get through all of the stages and defeat Mr. X. It's kind of how we bonded.

The game's story - about three former cops rebelling against a corrupt police department in a dark, crime-riddled city - related to us, I think, because we're from Detroit, and a lot of those stories were common at the time.

Seeing how well we were getting along, our parents bought us Streets of Rage 3, a very awesome game (though I acknowledge that most people believe Streets of Rage 2 was better).

Like Tekken 3, Streets of Rage 3 had all of the standard trimmings of its genre, with one unique feature that stood out. It was called Duel Mode. Most beat 'em up games are co-operative, meaning that if two or more could play, you'd all be working together in order to beat the game.

Duel Mode allowed you to put the main characters against each other in standard tournament-style combat. Like Tekken 3's Force Mode, I doubt it had much to do with the game's overall story, but it was a great way to explore how the fighters, who typically worked together, would fair against each other.

Both Tekken 3 and Streets of Rage 3 showed me just how similar their respective gaming genres are, and how seamlessly they work together.


When executed correctly, brawlers can play very much like reading a novel or a graphic novel, with each stage representing a chapter in the book. Fighting game developers would be wise to learn from beat 'em up games, and use key elements of the genre to create unique stories, rather than simply throwing cutscenes in between randomized exhibition matches and calling it a story mode.

Wouldn't it be great if Guile's story in the Street Fighter series was told to us in beat 'em up-style chapters? He would go from stage to stage, beating up soldiers and mercenaries in his fight against Shadaloo, with sub-boss battles against the likes of Vega and Balrog, culminating with a final, epic match against the cheapest, dirtiest, most annoying version of M. Bison that Capcom can manufacture. You could do a very similar thing with the storylines of Chun-Li, Cammy, and T-Hawk. Characters like Guy, Cody, and Rolento – brought in from another popular series called Final Fight – already have the pedigree to work successfully in brawler-style stories.

The King of Fighters would have an even easier time adapting character stories into brawler tales, since many of them were originally created as side-scrolling adventures (Ikari Warriors, Psycho Soldiers, etc.) Terry and Andy Bogard's Fatal Fury story practically screams beat 'em up. The same could be said of the original Sakazaki family storyline for Art Of Fighting. Both the Nests and Orochi Sagas would also make for great brawler games, with each entity producing loyal agents and servants to mob your chosen characters.

For the Soul Caliber games, you could go the historical fantasy route that worked so well for the Golden Axe series. You'd be limited to choosing three characters – probably Kilik, Maxi, and Xianghua – as they pursue Nightmare and the Soul Edge. Or you could use a more modern take by creating a free roaming universe similar to God Of War, Assassin's Creed, or the Arkham series. This would probably be best for characters like Ivy, Raphael, and Mitsurugi.

I could see games like BlazBlue and Skullgirls take on a smoother, more gothic version of a brawler game. Think Castlevania with Megaman-style power-ups. Those stories might also work using the Persona series as a template, where all of the characters would be unified by events taking place in a centralized setting, limiting the action and spending a great deal of time fleshing out the story.

I fully acknowledge the efforts that NetherRealm Studios and Namco Bandai have made towards telling great stories for their fighting game franchises in the last six years. But they are the exceptions in a legion of bland fighting game story modes.

A fighting game story should be so much more than a cheap collection of exhibition matches spliced together with texts, moving images, and 15-45 second cutscenes. The stories themselves hold a distinct measure of depth and narrative merit. Fans of the fighting game genre deserve a quality interaction with those stories. Perhaps their relatives in the beat 'em up genre can help.

That's what family is for, after all.